The Blog-Blond Best of Blogs Awards 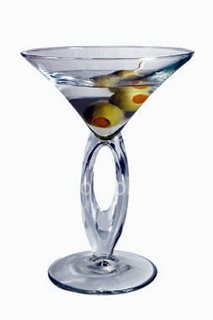 As I sat watching the Golden Globe Awards last evening, I had an 'aha' moment. I thought to myself, "Why don't I hand out awards too?" Of course, mine will be blog awards, not your NORMAL, run-of-the-mill kind which are usually handed out to your best buddies or those who bribe you! No, my Blog-Blond Best of Blogs Awards would be totally legit with none other than your Blondalicious Teacher as the sole judge and jury. Most of these bloggers are strangers to me. They know me not, and so why not?! I've looked over enough blogs to know a thing or two and been around the Blog Block so many times it's now ROUND.

My blogs won't come with a cutesy generic code saying Best F@*king Blog or anything that boring. I don't plan to make something for you to post on your blog unless someone actually wants one and begs me. Then I might possibly consider giving a copy of a a dirty martini glass. Probably no one will even give a rat's a$$ anyway. This Blog-Award Thing is for My Fun and Your Education. I refuse to be mean so I won't include Blog Awards for blogs which make me wince, gnash my teeth, cringe, weep, or hurl. So there!

One more thing: this is just the beginning. I have OTHER blogs which I want to award in different categories, but hey, there is only so much time in my busy life, so the rest of the awards will follow in other posts. Students, listen up! You can learn a lot from these blogs, so pay attention! I didn't award them so you could go just go, "Wa wa wee wa" if you know what I mean.

And without further ado, I will begin the Blog Announcements and Ceremony. Ta-da! Drumroll please....envelopes....and...

BEST BLOG DRAWINGS & ILLUSTRATIONS OF CELEBRITIES: Gallery of the Absurd