Blogging for Money? What a Joke! 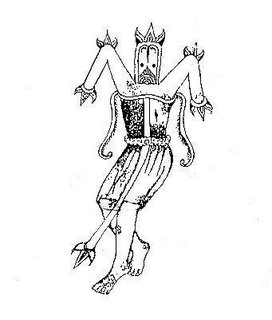 Class, I know I've been absent, but I have a perfectly good couple of alibis which I'm sure you probably could care less about. In any event, I'm gonna tell you anyway just to evoke some pity and sympathy and perhaps succeed in guilt tripping you.

I've been re-thinking this bait called "Blogging for Money". After careful consideration, I'm not so sure this is a likely 'done-deal', at least not as much as some bloggers (are they shills?) would have you believe. Aside from Dooce, whom do you personally know and sleep with or are intimate with or share a bathroom with who are actually making any DECENT monies from their blogs? I'd wager to guess: d*** few!

Blogging for money must be one of those Urban Myths. Either that or you have a gadzillion of MySpace friends who want to buy your lousy posters and cheesey t-shirts. I have been reading forums, researching this matter, and communicating with many who supposedly are "in the know", and thus, I've had a wake-up call about this subject. Money-schmoney! Let's just go for the gritty truth: we blog because we can! Because we're narcissists! Because we want to tell our side of the story! Because we're looking to meet new friends! Because we're geeks! Because we like to write our truth! And so on and so forth. Yadayada.

Does this cold water truth mean we'll have to keep our day jobs? I'm afraid so class unless you get like luckier than sh$. Remember me, your blondalicious teach when you do. My tip jar is still lurking right here on this blog. Did I mention how great you look lately? Did you loose weight? I mean...wow..you look fabulous! New shoes? New haircut? New anything?

Ok...enough of my disillusionment. Here's my blogging tip for you today, and I do believe this is a good one. Follow the lead of those who are dropping us peons the crumbs. It's from the fabulously wealthy, successful, bringing home- the- big- bacon- bloggers: Techcrunch.

The title is 2007: Web 2.0 Companies I Couldn't Live Without by Michael Arrington. You do know him, right? I know he's worth mega-oodles, but the big question is this: is he a generous tipper?

Blog-Blond's 2006 Year In Review
Merry Christmas
Harry Potter and the Deathly Hallows!!!
My Breakfast With Santa
Tag Game of 6 Weird Things About Me
Global Orgasm For Peace
The Sexiest Geek Contest
Dear Santa...I Promise To Be Naughty, Not Nice
My Blogging YouTube Gift To You
More Blogging Tips