Undercover At The SXSW in Austin 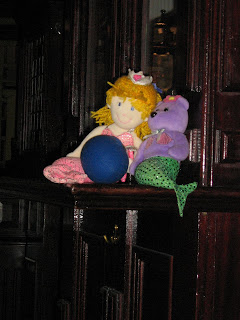 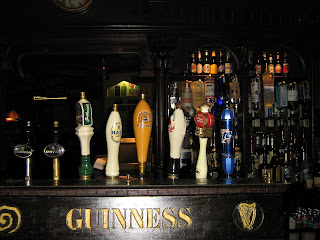 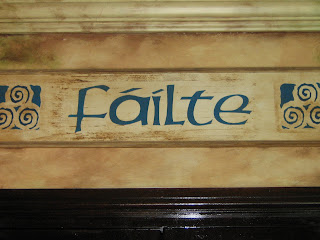 Class: do these above photos give you a clue as to the whereabouts of your blondalicious teacher? If not, you flunk! Ok, I see a hand raised there--the guy with the goatee and the weird grin that looks kinda devilish! What have you to say about these clues?

If you thought you saw me at the SXSW, you would be wrong. Why? Because I was in total disguise as were my mischievous investigative team! However, if you thought you were hallucinating at Fado's Bar and saw some weird mermaid toys sitting on the bar, you might not have been....as we were there! Actually, we're still here and everywhere-- drinking, blogging, flirting, chomping down on BBQ, uncovering as much dirt as we can on everyone, and mingling with the 6th St. revelers club after club after club, hotel room after hotel room.....

We needn't worry about being discovered in our costumes/disguises because everyone looks a bit weird here! We've seen it all from the leotard-wearing rapper to the 10th annual web awards at the Hilton Austin Downtown with emcee Ze Frank. Congratulations to Twitter who won the blog award! I Heart Twitter!

I've fallen in love and out so many times your Blondalicious Teacher has become Brunette! I can't take too much more of this or I may become another nationality.

Oh, for those that don't know, the SXS Week is grinding us down from March 9 to the 18th with panels, discussions, trade shows, awards, exhibitions (and I do mean EXHIBITIONS! Wink!) and non-stop parties. Who's here? Uber-geeks, bloggers, musicians, digital creatives, morons, drunks, pervs of every kind, entrepreneurs, and everything else your mother warned you about. Trust me, it's BEST to be armed, charmed, and dangerous here. And oh...watch out for the mermaids. You never know where they might appear.

I will say this: "humor-blogs.com" should've been here! Maybe next year?