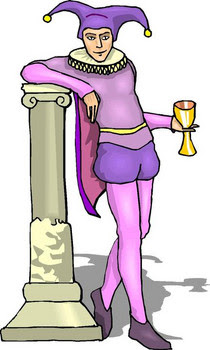 However, you Blondalicious Teacher has some that NOT EVEN Mashable has discovered, and here's why:

they haven't been invented yet!

So I'm gonna reveal to you, my beloved and super delicious students, MY own Twitter apps:

Twitterfunk: a group for those that are plum twittered out

Twittermirror: for those who want to find someone that mirrors them EXACTLY

Twitterfeel: for those you'd like to feel up in a sensitive, supportive fashion

Twitterguns: hey, we know you've got the testosterone. Your power shows. Trust me!

TweetGrope: for those that feel the need to share a twit group grope

Titter-twitter: laughing behind your back twitter-hood--super secret and private group

Not to be confused with:

Tit-twitter: an alert for those who tweet about the mammary glands...better known as b**bs

Twitter-gram: send an old-fashioned telegram to another Twitter user to blow their mind

Twit Tucks: don't even ask...simply use your intuition on this one

I'm submitting this to "Humor-Blogs.com"

Which includes (probably/maybe) you and me. Oh well!