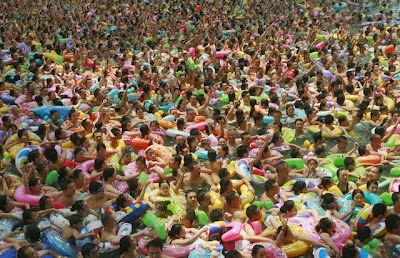 So Listen Up my naughty students and learn My Top Five Twitter Turn-On's:

1. My Number One Twitter Turn-On is: Twitter bios. I enjoy an enormous belly laugh every morning when I open my email to see who has followed me. The bios of many Twitter folk are so ridiculous I can't help but laugh. For example (and mind you I'm just making-up *some* of this, but not ALL of it): "I'm a former meth addict, transexual, priest, and bulimic blogger." Many such Twitter colorful characters make my day!

2. My Number Two Twitter Turn-On is: Fabulous New Acquaintances. I would never have met so many wonderful people in such a short period of time were it not for the Twitter introduction. The kindness, sweetness, and courtesies extended to me in replies have been heart-warming. Yeh, yeh...call me a sucka. Whatever. Kindness goes a long way with me. I appreciate everyone on Twitter who takes the time to either Retweet or respond.

3. My Number Three Twitter Turn-On is: Breaking News. News breaks faster on Twitter than on any other online media! If something BIG happens, post a twit--it will go viral. If I should need to post an important photo or break a story or resolve a problem, Twitter is a tool which is invaluable. This makes me feel somewhat *secure* in a strange kind of way. If the world is finally falling apart, those of us on Twitter will rapidly let each other know this valuable information, right?

4. My Number Four Twitter Turn-On is: Assessing The Zeitgeist. For those of you unfamiliar with the meaning of the word 'Zeigeist', here's the definition offered by Wikipedia, "The word zeitgeist describes the intellectual, cultural, ethical and political climate, ambiance and morals of an era or also a trend. In German, the word has more layers of meaning than the English translation, including the fact that Zeitgeist can only be observed for past events."

With millions of people using or reading Twitter, I'm able to tune into the Zeitgeist and see which way the wind is blowing--a handy-dandy tool.

5. My Number Five Twitter Turn-On is: Ease. Twitter is fast and easy, and blogging takes time and energy! With Twitter I'm zero worried if I make sense. I can quickly copy a quote from my files, post it, and then I'm on to my daily carousing. Or I can post one word if I choose to be cryptic. What's not to love about this???

My Top Five Twitter Turn-Offs
Merry Christmas from Blog-Blond
Blondie Bails On Blogging
Meet Your Substitute Blog Teacher
Trimming The Blog and Twit Fat
Three Ways To Profit From Blogs
Does Your Blog Have Legs?
Three Awesome Reasons To Abolish Poverty
Do You Have a Nemesis?
Straight From The Horse's Mouth