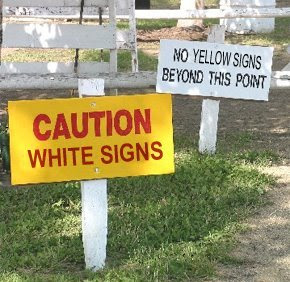 Class, this is another one of my famous quickie posts. I wanted to add my two cents to the current debate about social networking, the pros and cons. There have been many blog posts written on this subject matter in recent months since the mad growth of Facebook and Twitter.

1. You don't need to spend hours and hours on end at these locations. Stick your big toe in the social networking waters and explore little by little. Pick one and begin from there. If you don't like it, pick another. There are plenty to choose from, and each has their own advantages and lures. My inner teenager likes Plurk because of the funny icons and the abundance of Second Lifers using this site.

Your blondalicious teacher doesn't let her precious time get sucked by these sites and doesn't respond to EVERY game, suggestion, invitation, response, or seductive trick. Be selective, discerning, and monitor your time.

Of course, your blondalicious teacher floats everywhere, but that's just me: curious and insatiable.

2. Email isn't where the action is these days. Read Write Web posted the latest research about this subject titled, "Social Networking Now More Popular Than Email, Report Finds." So if you really wanna find out what's going on and get off the bench, social networking is the place to hang.

3. You're zero obliged to give your legitimate name. Use a handle as do many wise ones. When you're running around the Big Wide World of Social Networks, handles are far bettah because you'll encounter everything under the sun and then some on these social networks. Once again, be discerning, cautious, and street smart.