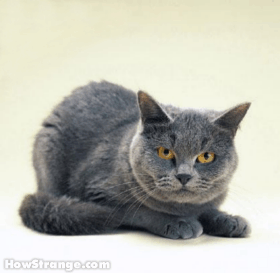 Class, I'm here today to speak about Twitter once again. Twitter has become a huge playground as it's become more known to the mainstream. And like all playgrounds, it has attracted it's gamers, bullies, charlatans, and trouble-makers.

I call these games by the catchall name: Cat and Mouse.

1. Twits follow and unfollow you many times so they will rise to the top of your follow list and be more visible. The strategy is so others will see them and hopefully follow them. So far I've not blocked any of these tricksters because I wanted to experience how many times a day they perform this move. Eventually, I will block them. BUT I'm curious to see which one has the most follow/unfollow score prior to my doing so.

I won't name the winner, but since I've been observing this strange bot or person or weirdo's game, the winner over the course of a week has followed/unfollowed me 12 times!

Their names and details have been turned over to Uncle Vinnie and his fellahs.

2. Another game is to follow and then immediately block you. This type of gamer has a weird avatar and don't attract many followers for the above reason. Their days are numbered for eventually the Twitter Gods will kick them out, or Uncle Vinnie will pay them a call.

3. A hugely popular Twitter game is to mass follow other people, and then as soon as a twit reaches their 2,000 follower limit, they pause. Once they have enough followers to follow them back, they unfollow all or most of the original followers, and once again repeat the process. This is how they build their twitter follower numbers. They're hoping that their unfollow hasn't been noticed, and frequently the unfollow has been overlooked since people are so very busy these days. These twits names have been dutifully noted as well and turned over to Uncle Vinnie who has his ways.

4. The DM marketing game is huge. If you don't respond to their DM marketing, gifts, invitations to visit their blog and appeals to make money with them, these pests unfollow/drop ya within the week. These folks are strictly working the numbers and are a scourge. Their pushy marketing and desperation won't serve them. Maybe in the year 2012, they'll catch on.

5. By far the most annoying game of all is the one where a twit really wants to catch your attention and flirt, and thus, such twits ask the stupidest, lamest questions in a DM or reply. Since I'm a tough, take-no-prisoners blondalicious diva, I do what I do best: sip more Cristal, roll-over in bed, ignore them and LAUGH!